The Abbey was built on the ruins of the ancient Roman town, called Cerere, dedicated to the goddess Ceres. The name Casamari derives from the Latin and means “House of Mario”, the birthplace of the famous Roman general and politician Gaius Marius, seven times consul and opponent of Sulla in the civil war of 88 BC, also mentioned in the name of the road along which lies the abbey (which connects Frosinone with Sora): Via Mària. With the decline of the Roman Empire and the subsequent barbarian invasions, Cereatae-House Marii suffered the same fate of the decay of Rome, until some Benedictine monks from Veroli in 1036 settled in the area and founded the abbey. The abbey is a fine example of Burgundian early-Gothic architecture paralleled in Italy by that of Fossanova, where died S. Thomas Aquinas (Italian philosopher, theologian and Dominican friar, known as Angelic Doctor) in 1274. The abbey has a plan similar to the French contemporary ones, the entrance being a gate with a double arch. The interior has a garden whose central part is occupied by a beautiful cloister, framed by a series of twin columns, leading to several buildings, the main one being the church which has the form of a basilica, with a nave and two side aisles. It has a wonderful choir and, of particular interest, the capitol hall. Beautiful also are the non-religious areas: the refectory and the library, with its ancient volumes (there are more than 50,000), parchments and incunabula, the pharmacy internal, composed of an erbarium botanicum or Hortus Botanicus and an armarium pigmentariorum whose date of foundation is uncertain, but it is assumed in 1760, and the liquor-factory, created between the XVIII and XIX centuries, where the monks manufactered also the bottles. 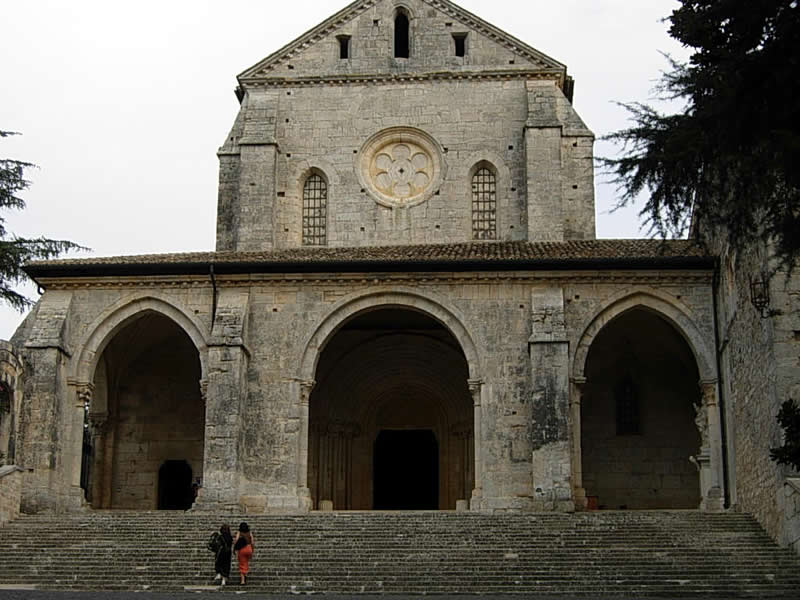 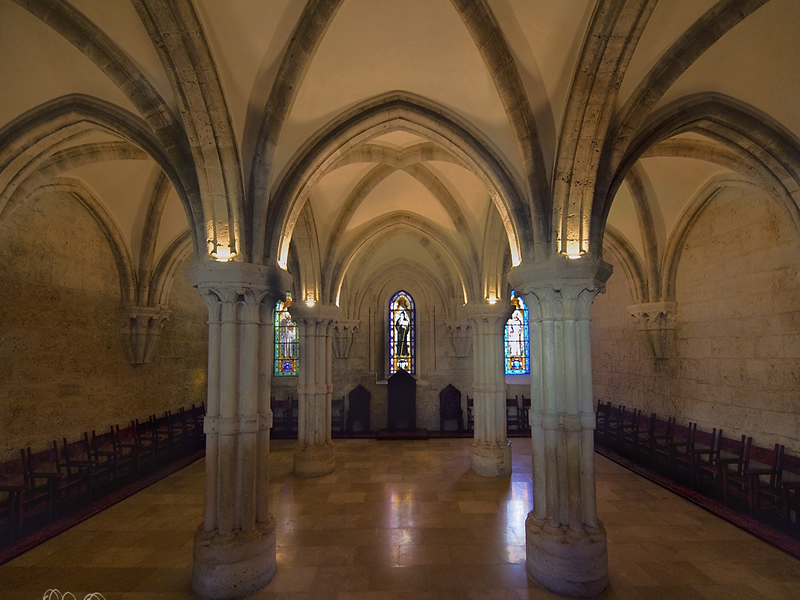 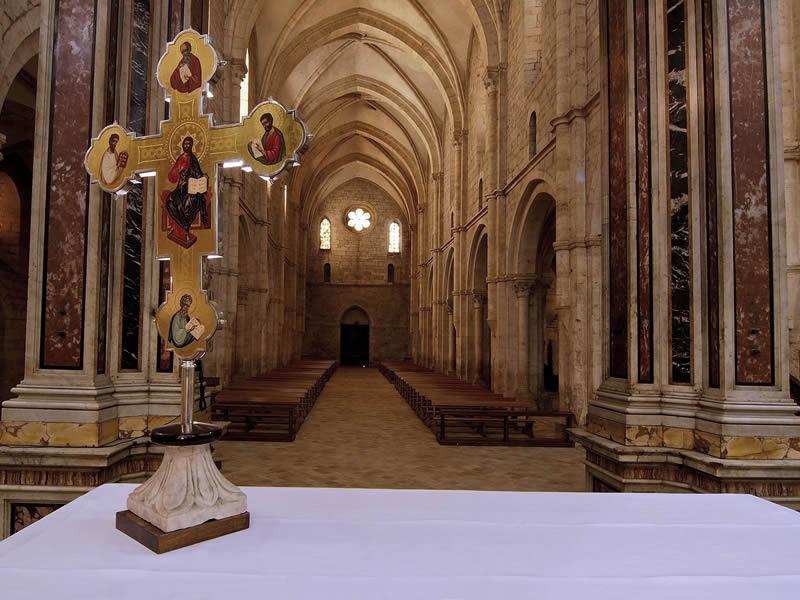