The Royal Palace of Caserta and the village of San Leucio

You are here:
PrevNext

The itinerary runs through the places once belonged to the Bourbon, the royal family of Naples: the residence (La Reggia) and its park with its statuary groups, its large sets of fountains and waterfalls and the garden in its highest, is the last great example of Baroque. The village of San Leucio (in the original silk factory of King Ferdinand) with the Belvedere Palace, which now holds the “Museum of silk” retaining some original still-working equipment for the production of the silk. The Italian Gardens, consisting of seven terraces with the same plants that were placed there by the King since the late XVIII century, from which you can enjoy a splendid view of the Palace and its park, a gorgeous sight of the volcano Vesuvius and the Bay of Naples. And after the Palace of the Duke and Duchess of Guevara, now known as Villa Porfidia with its beautiful garden, which spreads over 1,5 hectares, it is in part drawn by hedges and trees shaped in according to the model of the Italian garden and in part is an ancient oak forest, used for hunting parties and after transformed, during the XVIII century, in a romantic walk. Protected by its ancient walls, the quiet and well-kept garden today is, more than ever, an oasis of grace and beauty. 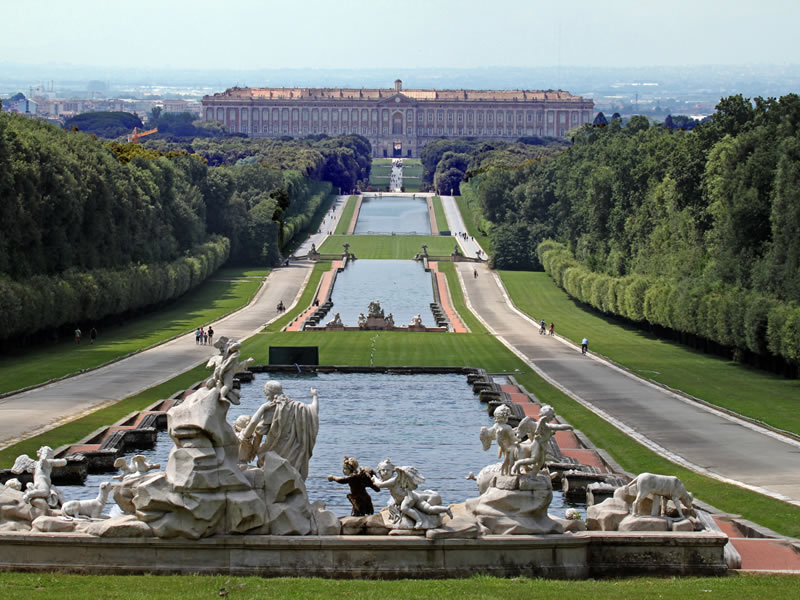 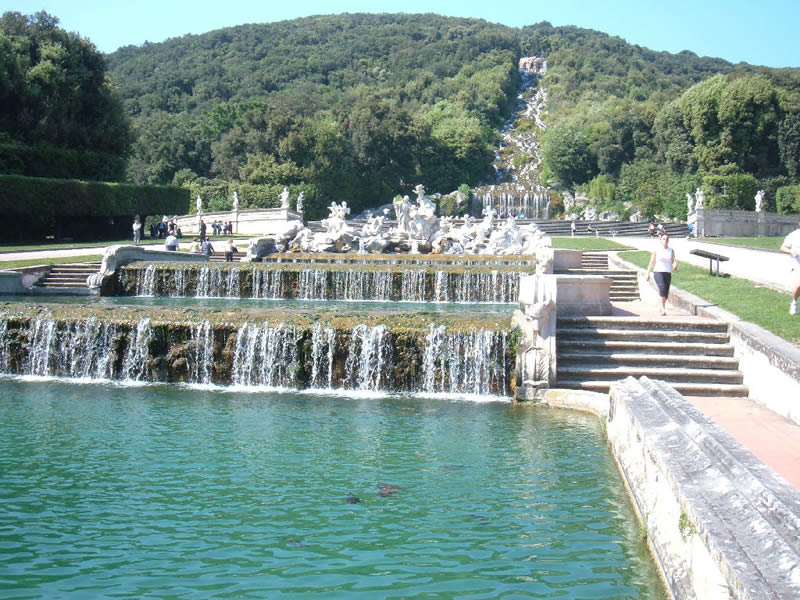