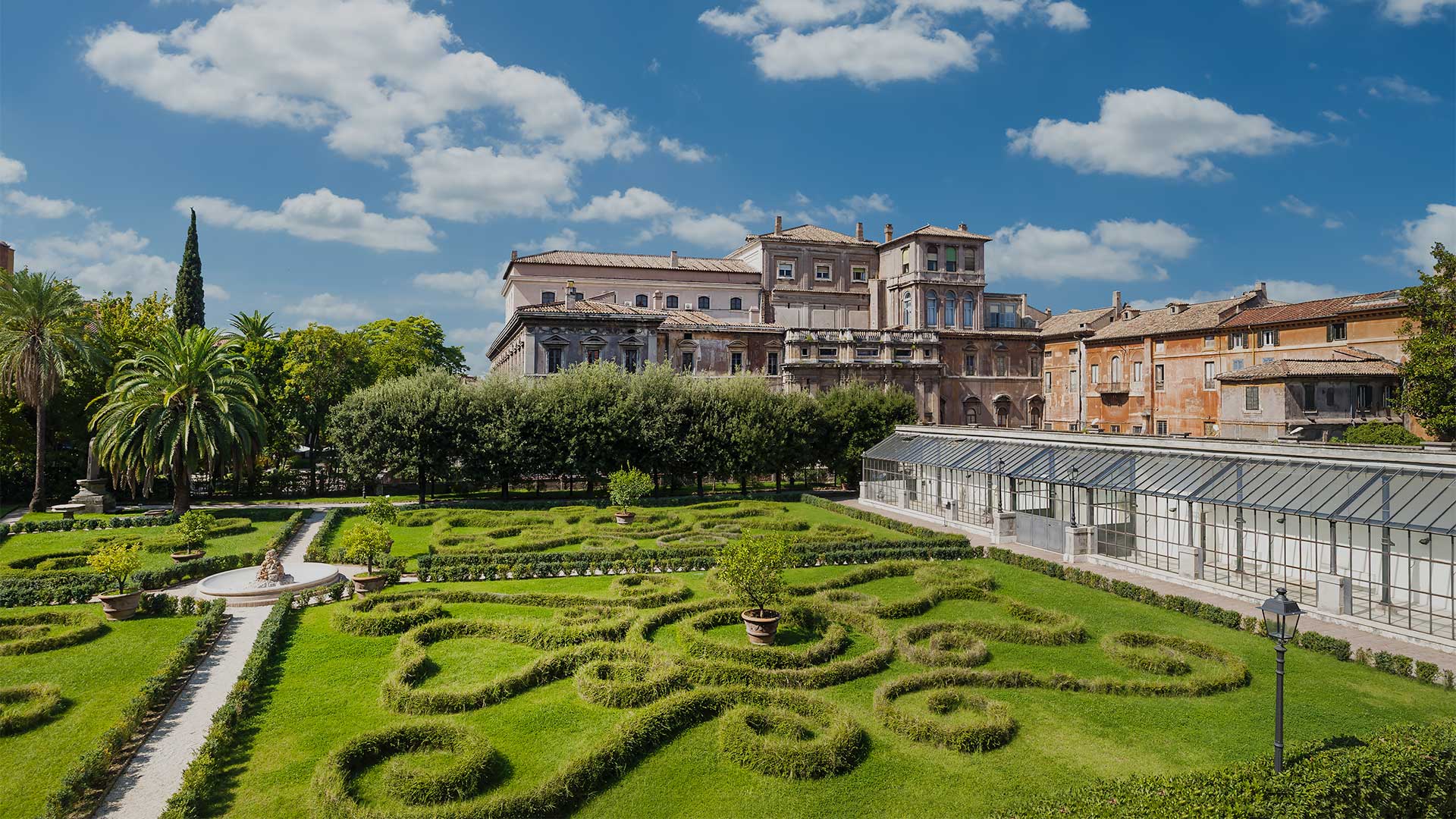 A place of artistic and
architectural excellence

Elegant and uniquely charming, Rome’s historic palaces often bear witness to the splendour of the city’s ancient aristocratic families, who have marked its history from the 15th century to the present day.

The Palazzo Barberini is certainly one of the most famous Roman buildings.

Commissioned by Pope Urban VIII, born Maffeo Barberini, who wanted a residence worthy of a court for his family, Palazzo Barberini became the centre of power of the Barberini family in Rome and was the result of the work of the most important architects of the 17th century: Carlo Maderno, Gian Lorenzo Bernini and Francesco Borromini.

The result was a Baroque palace, able to surpass in beauty the most luxurious residences of the Roman nobility of the seventeenth century.

Among the various rooms sumptuously decorated by various artists such as Andrea Sacchi, the heart of the building is the grand central hall, which covers the entire height of the building. The vault of the majestic reception hall is thelargest in Rome after the Sistine Chapel and the monumental fresco by Pietro da Cortona offers one of the best examples of Baroque illusionism:the Allegory of the “Triumph of Divine Providence“. Scenes symbolising the good government and virtues of the pope and his family animate the fresco, with false entablatures framing an open sky. The only measure that can anchor the eye is the great rectangular cornice painted artificially to resemble marble. The grand hall is accessible through another two wonders of architecture: the staircase with squared stairwell, designed by Bernini from one side, and from the extraordinary oval based spiral staircase, probably designed by Borromini. 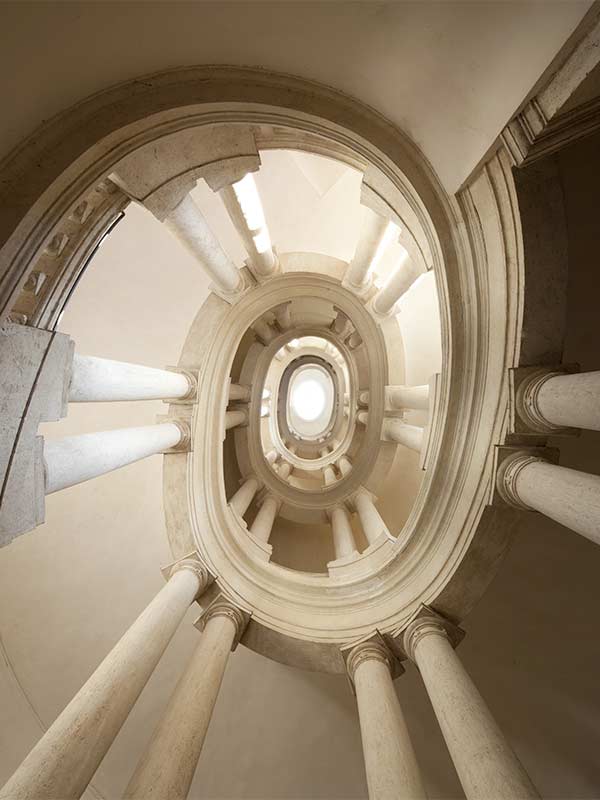 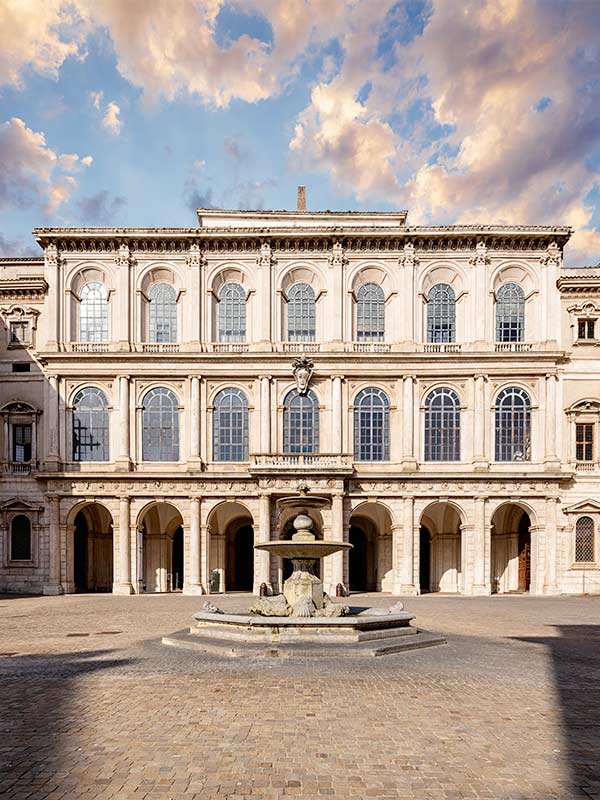 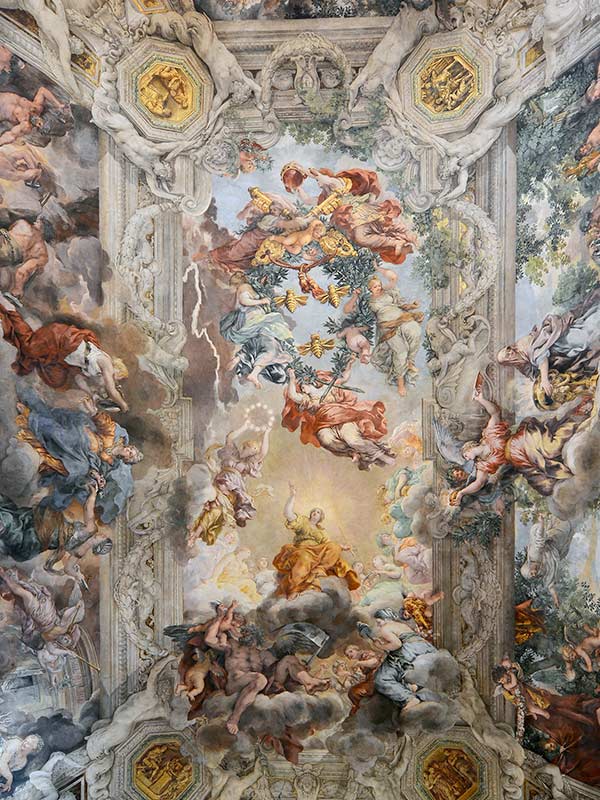 Events and receptions among the masterpieces
of Caravaggio, Raphael and Tintoretto

Palazzo Barberini, today, houses the National Gallery of Ancient Artand, hosting more than 1,400 works by great artists, produced between 1200 and 1700, it is one of the most important art galleries in Italy, not only in Rome. The museum is full of masterpieces, from Caravaggio’s Judith Beheading Holofernes and Narcissus, to Raphael’s portrait La Fornarina and also works by Perugino, Tintoretto, El Greco, Guido Reni, Beato Angelico and many others.

Sumptuous, capable of delighting guests with their scenic charm, the rooms of Palazzo Barberini and the unique beauty of the garden are the ideal setting for corporate events and receptions that will acquire prestige and exclusivity, immersed in art and history. 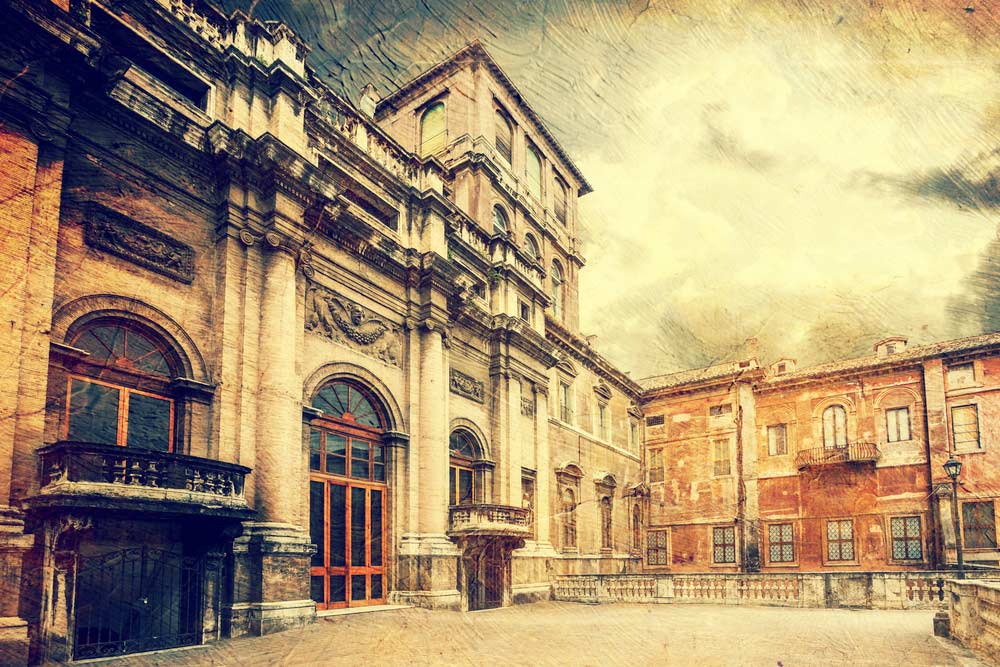