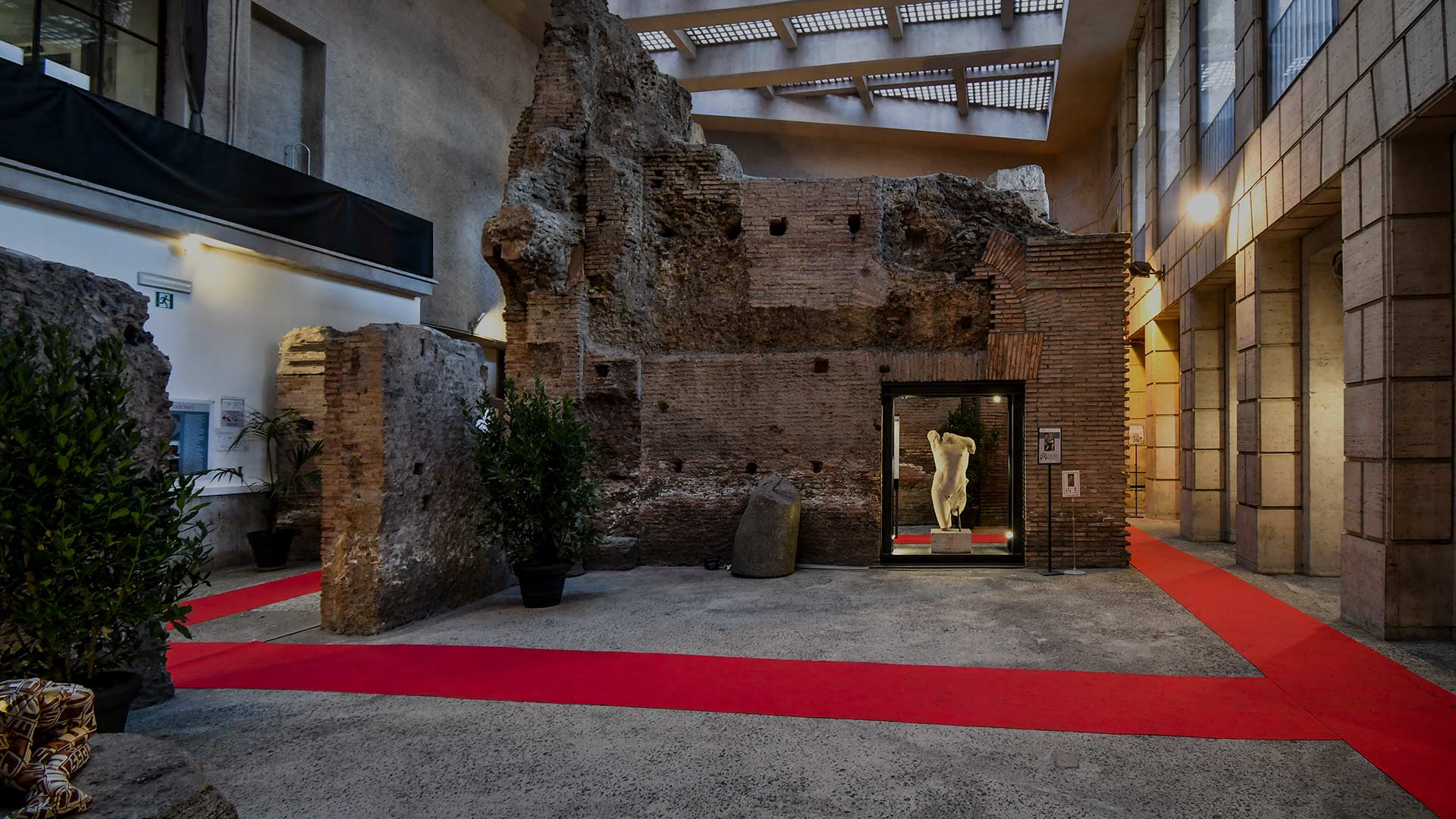 The undergrounds of Piazza Navona

It is difficult to believe that just below the lively Piazza Navona hides a structure from ancient Rome, full of fascinating history, which gave the square its current shape: the “Stadium of Domitian“, the first example of masonry stadium in the Greco-Roman World.

This was one of the three venues dedicated to the amusement of the citizens, hosting, unlike the Colosseum where the gladiator fights were held and the Circus Maximus, which was instead the scene of chariot races, athletic competitions (running, wrestling, boxing) which could be attended up to 30,000 spectators. The area was revolutionized in the mid-1600s by Pope Innocent X. Coming from the Pamphili family, who owned the area, the Pope decided to redevelop it, building a square, so as not to disfigure with those that the Barberini and Farnese families had created (two other historic Capitoline families). In doing so, he transformed the area into a highly significant example of Baroque Roman architecture and art. 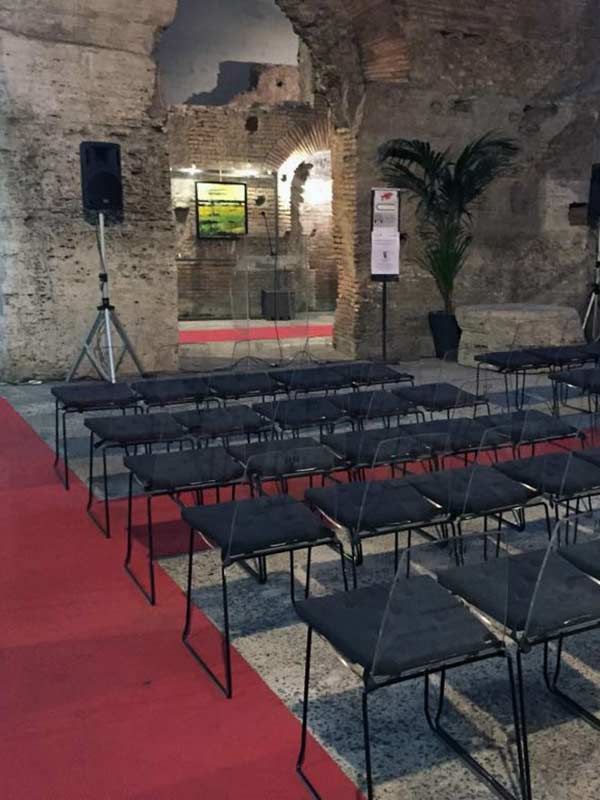 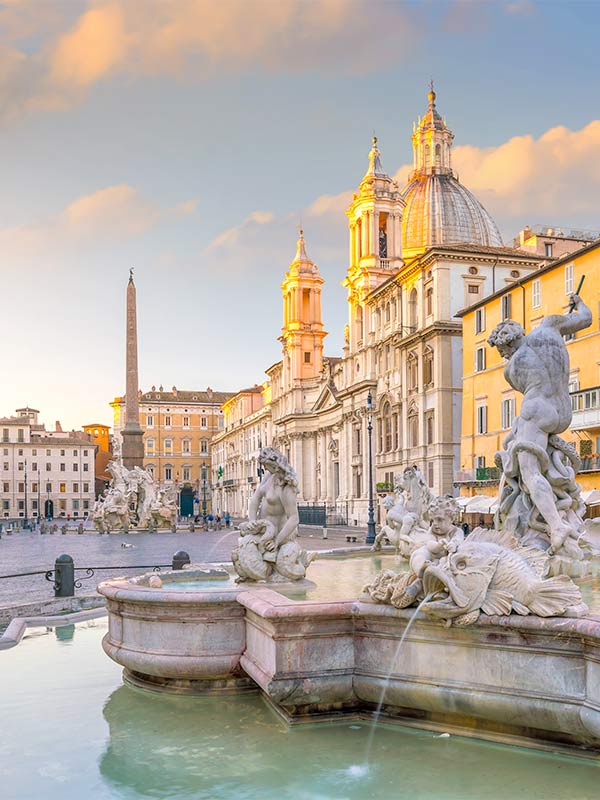 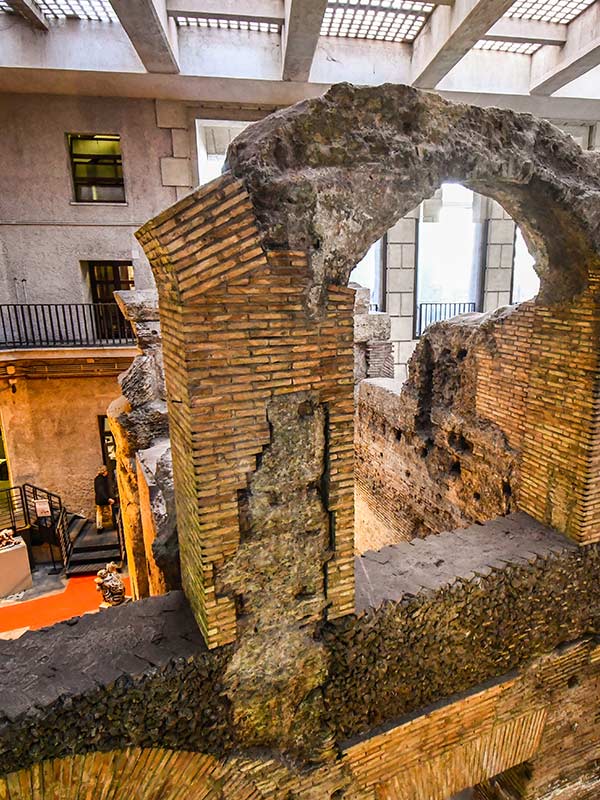 A trip back in time
for prestigious events

It is believed that Piazza Navona owes its name to the “agones” games, which took place in the stadium and the name from “agones” became “agone”, “innagone”, “navone” and then Navona. The Piazza, located in the heart of the city, not far from the Pantheon, is an authentic jewel, one of the most beautiful baroque corners of the city.It is enriched by important sculptural creation: the fountain designed by Gian Lorenzo Bernini and called the Fountain of the Four Rivers, represents the four river gods the Ganges, the Nile, the Danube and the Rio de la Plata. Collectively they represent the four continents through which papal authority has spread; the church of Sant’Agnese in Agone by Francesco Borromini; the Pamphili Palace (which has housed, since 1920, the Brazilian Embassy in Italy).

The archaeological area can be an ideal and exclusive location for prestigious events: going down about 5 meters underground will mean taking a trip back in time 7 centuries to reach the ancient level of the city and being able to walk along the ruins of the Stadium of Domitian, admiring the mighty arches that supported the steps and the surviving decorative statues.