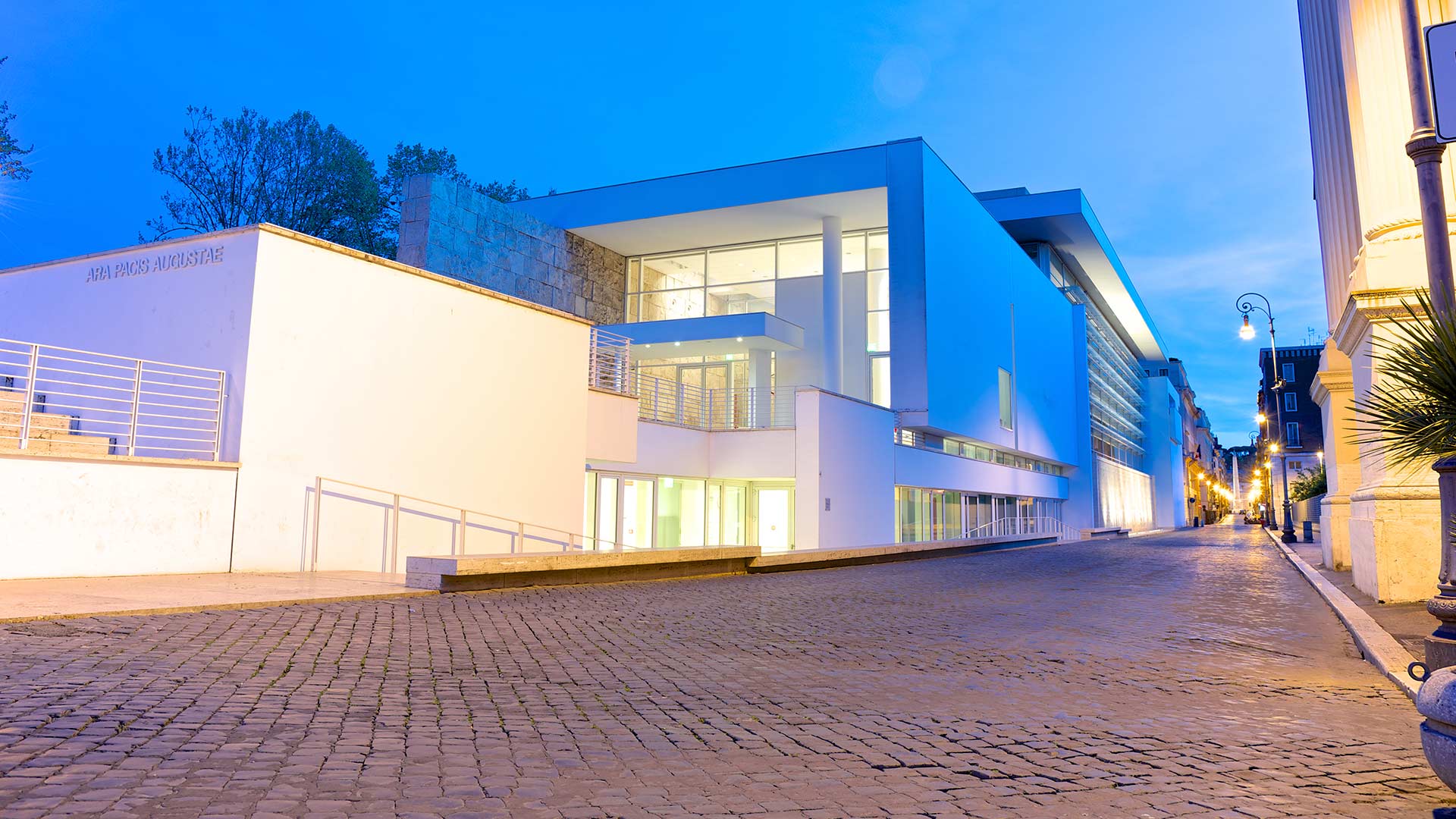 A marble poem kept in
a crystal case

Yes, the Ara Pacis is a marble poem!This monument can only be compared to the greatest poem ever written in Latin: Virgil’sAeneid. An immortal hymn to the glory of the first emperor, Octavio Augustus, and the future that his hand would have brought for the greatness of Rome. Despite its importance, since the 2nd century AD, this monument fell into oblivion.

It was covered by the mud carried by the River Tiber as it grew and urban transformations led to its definitive loss. In the twentieth century, it was saved from the foundations of a Renaissance building and it was transferred from the Campo Marzioto the banks of the Tiber and placed in front of the Mausoleum of Augustus, where we can still find it today.

The modern structure built “around” the Ara Pacis is a museum complex built in the nineties and designed by the American architect Richard Meier & Partners Architects, as a protective shrine to house the Ara Pacis Augustae (Altar of Augustan Peace), one of the most significant and remarkable monuments of ancient Rome.

The Ara was built by Augustus in 9 BC and dedicated to Pax,the Roman goddess of Peace, after a victorious three-year campaign in Spain and southern Gaul, in the northern Campo Marzio (Campo di Marte), where legions traditionally practised purification rites after returning from a battle, exercises and sports activities.

The Ara Pacis functioned as a temple for the sacrifice of sacred animals where only priests and vestals participated. It is intended to communicate the peace and prosperity achieved as a result of the Pax Romana (from 29 BC until 180 AD, two centuries in which Rome suffered neither major civil wars nor serious invasions). 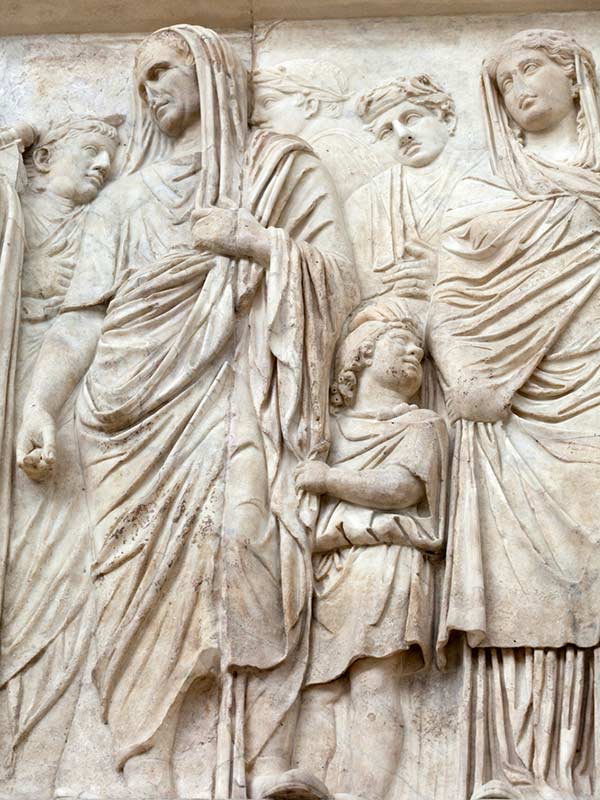 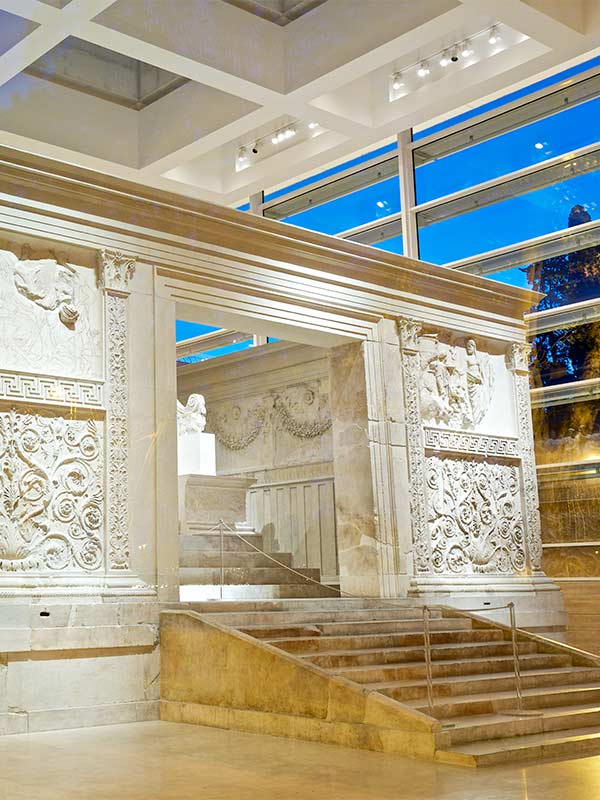 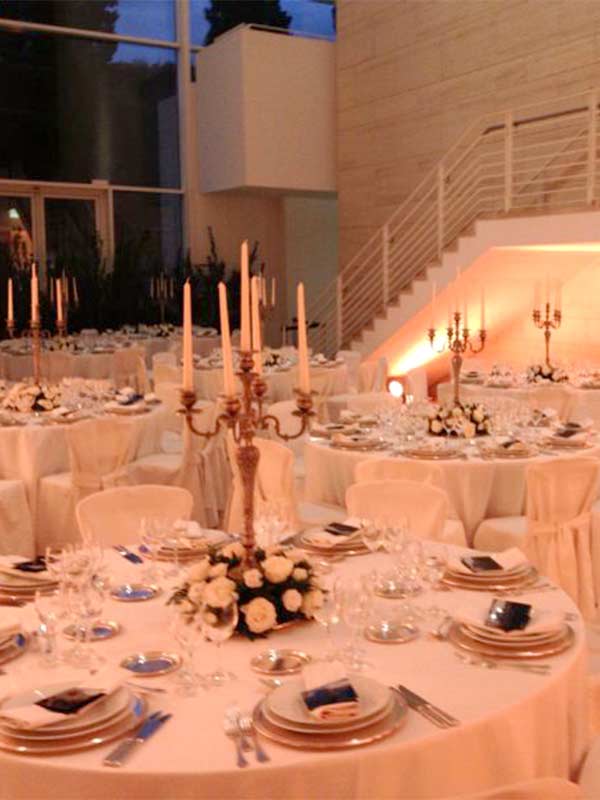 A location to host events
with a strong emotional impact

The Ara Pacis consists of an almost square marble enclosure which houses, on top of a staircase, the actual altar on which the priest celebrated the sacrifice. The surface of the enclosure has a refined relief decoration, both on the outer and inner walls. The decoration on the exterior wall depicts a procession composed of the highest priestly offices of the Augustan age and members of the imperial family, led by Augustus himself. There are also several allegories related to the foundation of Rome.

For those looking for a solution for their events in Culture and want to link their image with the enhancement of the artistic heritage, the monumental complex,with its bright environments, in continuity with the outdoor space thanks to the glass walls, represents a suitable location to host events with a strong emotional impact.