One of the most evocative and
fascinating monuments of Rome

They represent an archaeological complex with unique characteristics in Rome and worldwide, considered by the ancients to be the eighth wonder of the world. Built between 100 and 110 AD, the Trajan’s Markets are the first covered shopping centre in history and represent a masterpiece of Roman engineering, built of concrete brick covered with a brick facing.

The Markets arose at the same time as the Trajan’s Forum as “supporting architecture”: structured in “terraces” and connected on several levels, mainly by paved roads and stairs, they served to support the hill at the back which, had recently been excavated to make room for the Trajan’s Forum (the last and greatest of the Imperial Fora). They represent at the same time the link between the monumental public spaces of the forensic valley and the densely populated districts of the Quirinale and the Subura (suburbs). 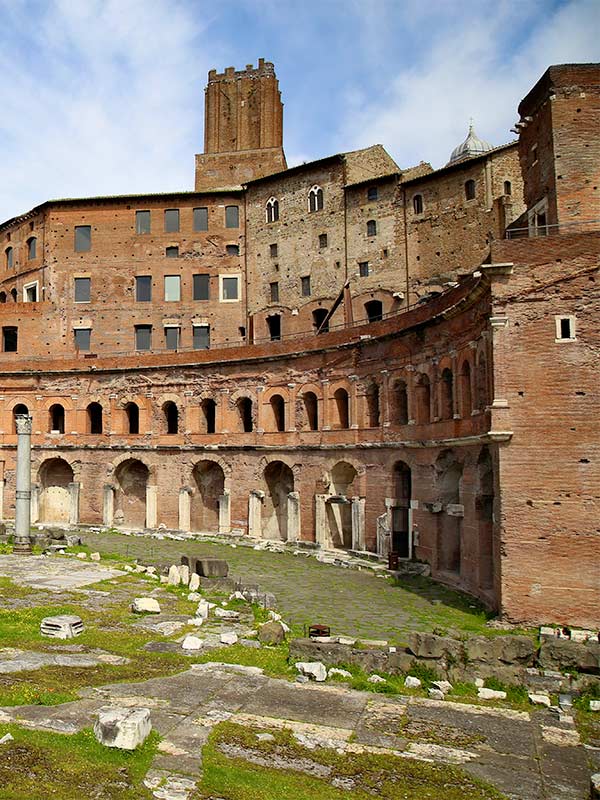 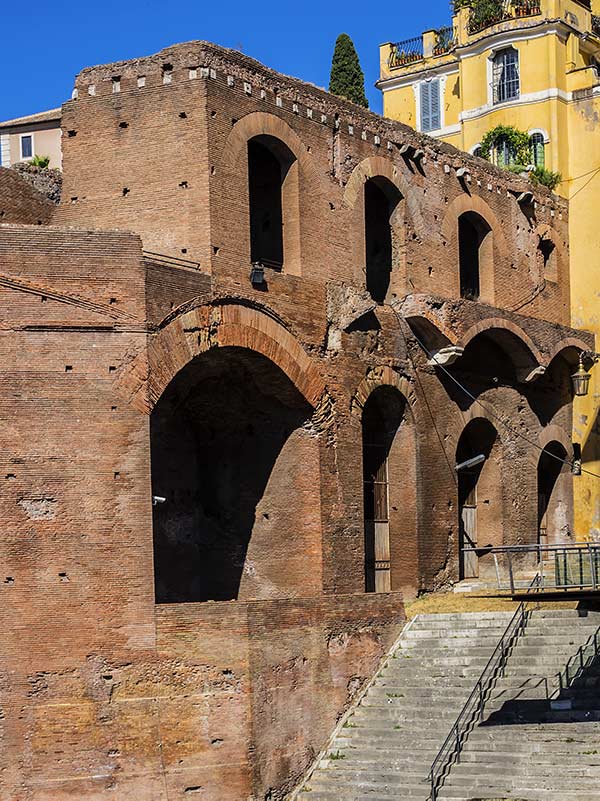 They were configured as a true multifunctional centre divided into blocks: a sequence of open and enclosed spaces arranged on several levels in which the spaces near to the Forum area were used for political and administrative matters,closely linked with the exercise of justice of the Forum. The rooms in the central body, the tabernae, overlooking the Via Biberatica (from the Latin bibo, bibere meaning “to drink”; the street was the location for several of the Roman taverns and grocers’ shops in the area) which cut across the hillside, were used for commercial activities. This street gives us a good insight into ancient Roman urban architecture, especially since it has remained almost intact!

Constantly transformed up to the present day from the administrative centre of the Imperial Forums, to a noble residence, to a military fortress, to a convent, barracks and barns, they represent a district that has experienced the evolution of the city from the imperial age to the present day.

Its location right in the heart of Ancient Rome, close to the archaeological area of the Imperial Forums and a few steps away from the Colosseum, makes it a particularly prestigious venue for exclusive events.