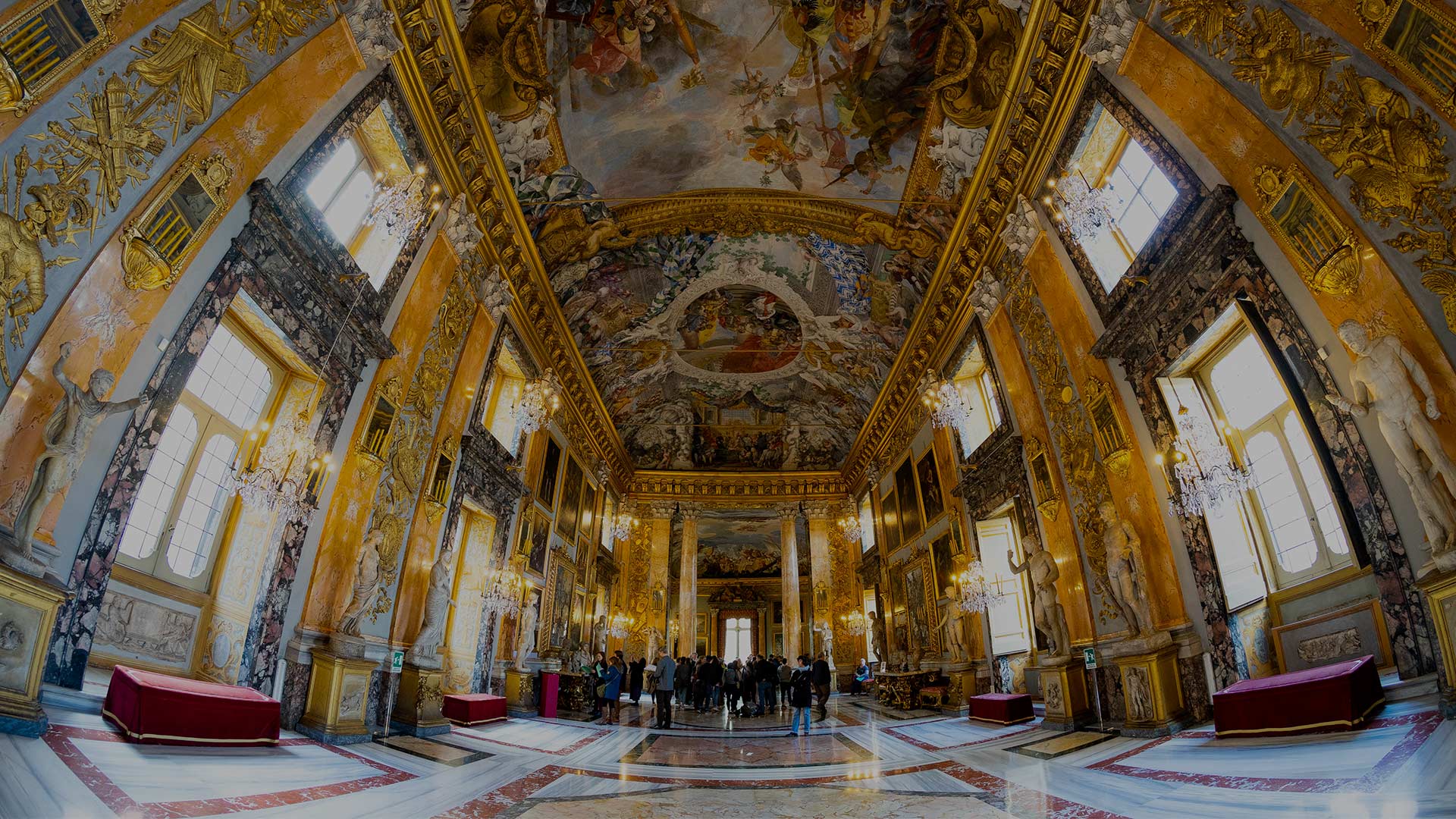 The set of Roman Holiday

Rome can also surprise you in the rooms of a palace located in the heart of the city,a stone’s throw from Piazza Venezia and the Vittoriano. We are talking about Palazzo Colonna, which offers one of the greatest testimonies of the Roman Baroque.

Originally, with its monumental hanging gardens, it occupied an area of three hectares and was the largest noble palace in the city. Within its walls and gardens the family Pope, Martin V (1417–1431), 22 cardinals, Petrarch, the poet Vittoria, Michelangelo, military leaders such as Sciarra, who took Pope Boniface VIII prisoner, Marcantonio II, the commander of a small papal fleet and winner at the Battle of Lepanto, have passed through history.

The construction of the palace began in the fourteenth century at the behest of the Colonna family, who have lived there permanently since the twelfth century. The first documented exponent is in fact Pietro, who lived between 1078 and 1108 in the countryside south of Rome, near the village of Colonna, which gives its name to the family. 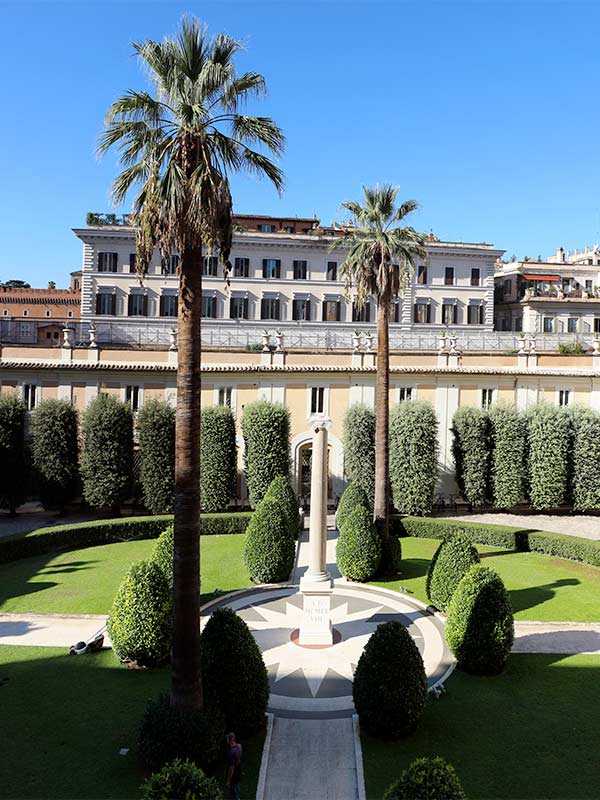 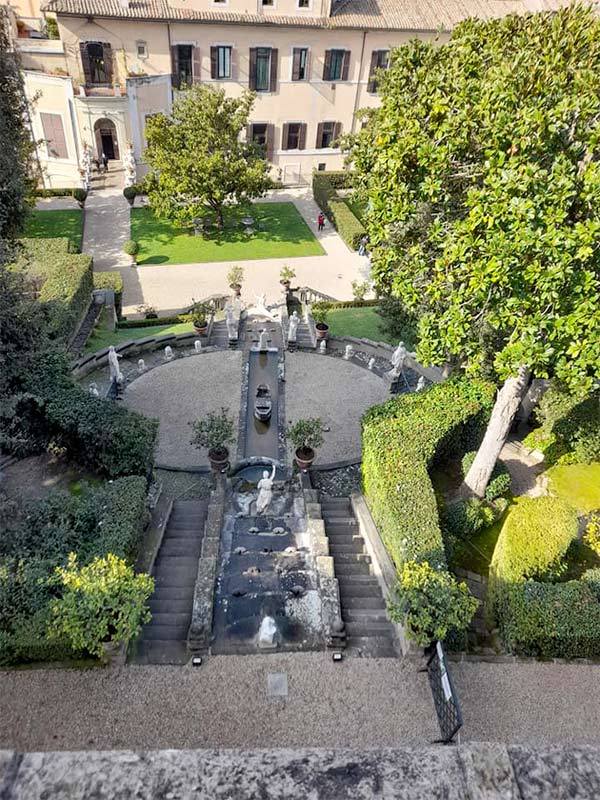 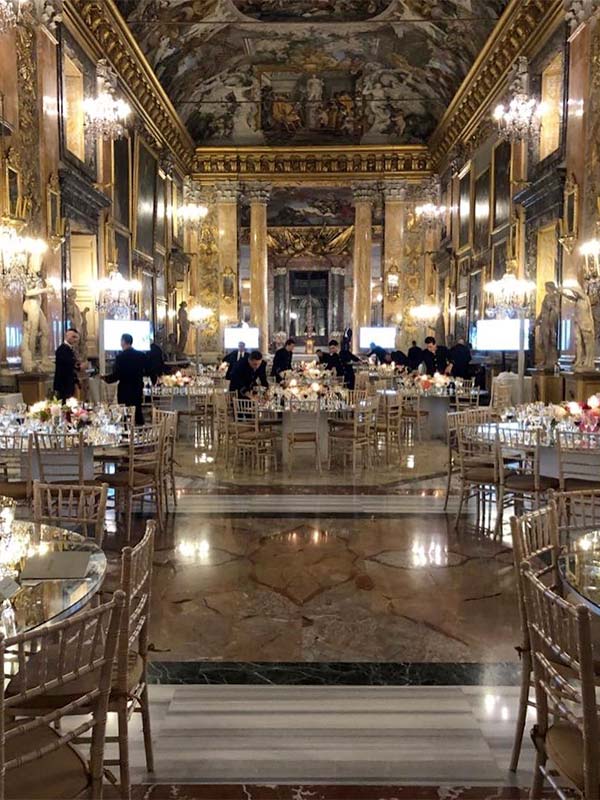 Locations for events and
unforgettable receptions

The jewel of the palace is the Gallery, a series of three rooms which are separated by two pairs of columns of giallo antico (antique yellow), a precious marble extracted in today’s Tunisia. The columns are at the same time an architectonic element and a symbol of the family. From the very first moment, the Gallery was conceived as agrand hall of representation, to worthily celebrate the victory of the Christian fleet and the commander of the papal fleet, Marcantonio II Colonna, over the Turks at the Battle of Lepanto in 1571. These halls are one of the wonders of Rome and are the frame for an impressive collection of works of art: paintings, sculptures and furnishings from the fourteenth to the eighteenth century as well as being the setting for the ending sceneof the princess’s press conference in the film “Roman Holiday” starring Audrey Hepburn and Gregory Peck.

Here is another little anecdote: on the short staircase descending towards the Great Hall, there is a cannonball, which landed right there in 1849 during the period of the Roman Republic. It was fired from the Janiculum Hill by the French army that came to rescue Pope Pius IX from the Republican insurgents, including Mazzini, Armellini and Saffi, who occupied the historic centre of Rome for a few months.

The noble and prestigious palace and the majestic and imposing gallery are locations for events and receptions that will turn into unforgettable moments.