The White truffle of Alba: identikit of a true delicacy

The forbidden, or rather, "prohibitive" dream of all the connoisseurs of this underground mushroom 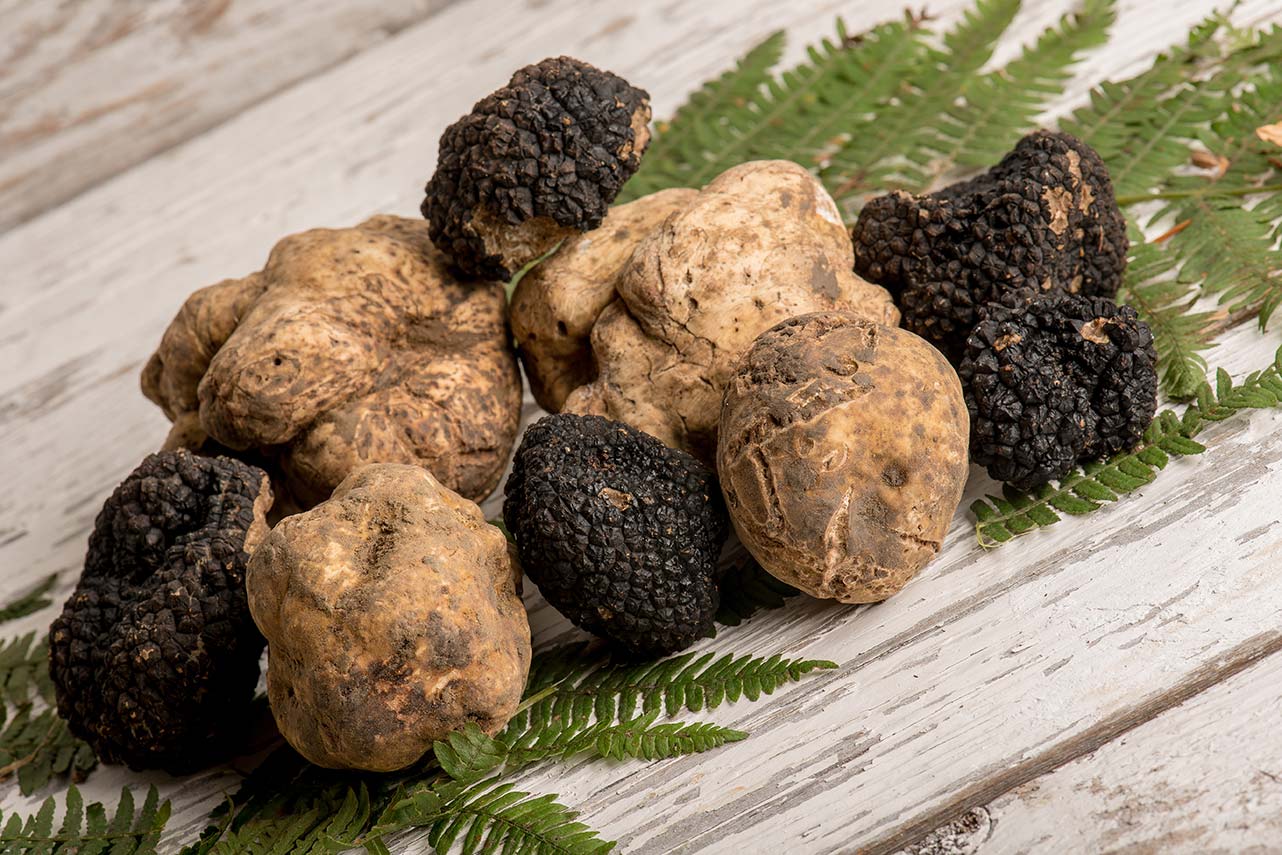 The White truffle of Alba: identikit of a true delicacy

When we say truffle, your mind immediately goes to the White Truffle of Alba, the one that grows in Piedmont, in the Langhe, Roero and Monferrato.

Actually, Italy can to all intents be considered the homeland of the truffle, not only because of the quantity and quality of the harvest, but also and above all because the environmental richness of our country makes it possible for all the most popular edible varieties, nine in all, to grow here. Each variety is associated with particular geographical areas so that we can embark on an ideal journey from Piedmont to Sicily.

The truffle was already highly appreciated at the table of the ancient Romans. Pliny the Elder claimed that the truffle, then called tuber in Latin, was a miraculous product of nature since it seems to grow without roots, and the poet Juvenal explained the origin of the precious mushroom as the result of Jupiter’s thunderbolt, which fell near an oak tree, a tree sacred to the king of gods.

In the Middle ages and the Renaissance, its aroma was considered to be a kind of quintessence that had an ecstatic effect on human beings.

In the 18th century, it was still believed to be a tuber, called Tuber Albidum, similar to potatoes, Jerusalem artichokes, flower bulbs and it was considered one of the tastiest foods. Piedmontese truffles were appreciated to such an extent that Cavour used them as a “diplomatic gift” to appease his opponents and heads of state, sending them to all the European courts.

It was only at the end of the 18th century that the doctor Vittorio Pico from Turin, in his 1788-degree thesis on medicine, classified it among mushrooms and called the white truffle Tuber Magnatum (mushroom of the powerful). Hence, the botanical name Tuber Magnatum Pico.

So, why is the White Truffle of Alba so popular among all the nine varieties?

What makes it different from all the others? Why is it so expensive?

Let’s find out together!

It was in the 20th century that the truffle of Alba acquired worldwide fame, thanks to the restaurateur Giacomo Morra, known as the “king of truffles”.

In fact, using the most widespread informative system of the time, that of the parishes, he spread among the farmers of the Langhe hills the custom of bringing to his Hotel Savona, when they went to Alba for the market, the truffles they found in the countryside and that they didn’t know how to use. Morra bought them all, always, and served them to the restaurant’s customers. After World War II, he began to send the best ones of the season as gifts to celebrities and stars: in 1949 to Rita Hayworth, in ’51 to President Truman (the mushroom weighed 2.5 kilos), then to Churchill, Marilyn and Joe DiMaggio.

It was also thanks to Giacomo Morra that the annual grape harvest fair, an event held since 1928 and dedicated to the celebration of the products of the land, acquired an international dimension and the “trifola” – this is the name of the truffle in Piedmontese dialect – was used as a prize to be awarded to famous figures in politics, sport and entertainment.

The “Bianco d’Alba” has always been considered the king of all truffles, the most fragrant, the most aromatic and the rarest, as it cannot be cultivated and cannot be stored for a long period.

This actual diamond, also known as the “grey diamond” of the woods, which grows underground without any leaves, flowers or roots being visible on the surface, in symbiosis with the roots of specific plants Turkey oak, oak, downy oak, poplar, linden, hazelnut, hornbeam and white willow, sucking, like a parasite, the sap that the root of the symbiont plant extracts from the soil, obtaining aroma, flavor and color.

Here, then, is the recipe for this success:”the charm of a rare and mysterious product, the equally fascinating ritual of searching and extraction with the help of trained dogs, the”craft”of “trifolaio” (truffle hunter), that has been handed down for generations, included in the Representative List of the Intangible Cultural Heritages of Humanity of UNESCO in 2021, its use in cooking and the brilliant promotional initiative of an entrepreneur who has made the truffle legendary and the areas where it grows, those between the Langhe and Monferrato, a territory made up of excellences, known worldwide such as wine and hazelnuts.

1
Food and tastings, Itineraries, Lifestyle
Prev Next
We use cookies on our website to give you the most relevant experience by remembering your preferences and repeat visits. By clicking “Accept All”, you consent to the use of ALL the cookies. However, you may visit "Cookie Settings" to provide a controlled consent.
Cookie SettingsAccept All
Manage consent