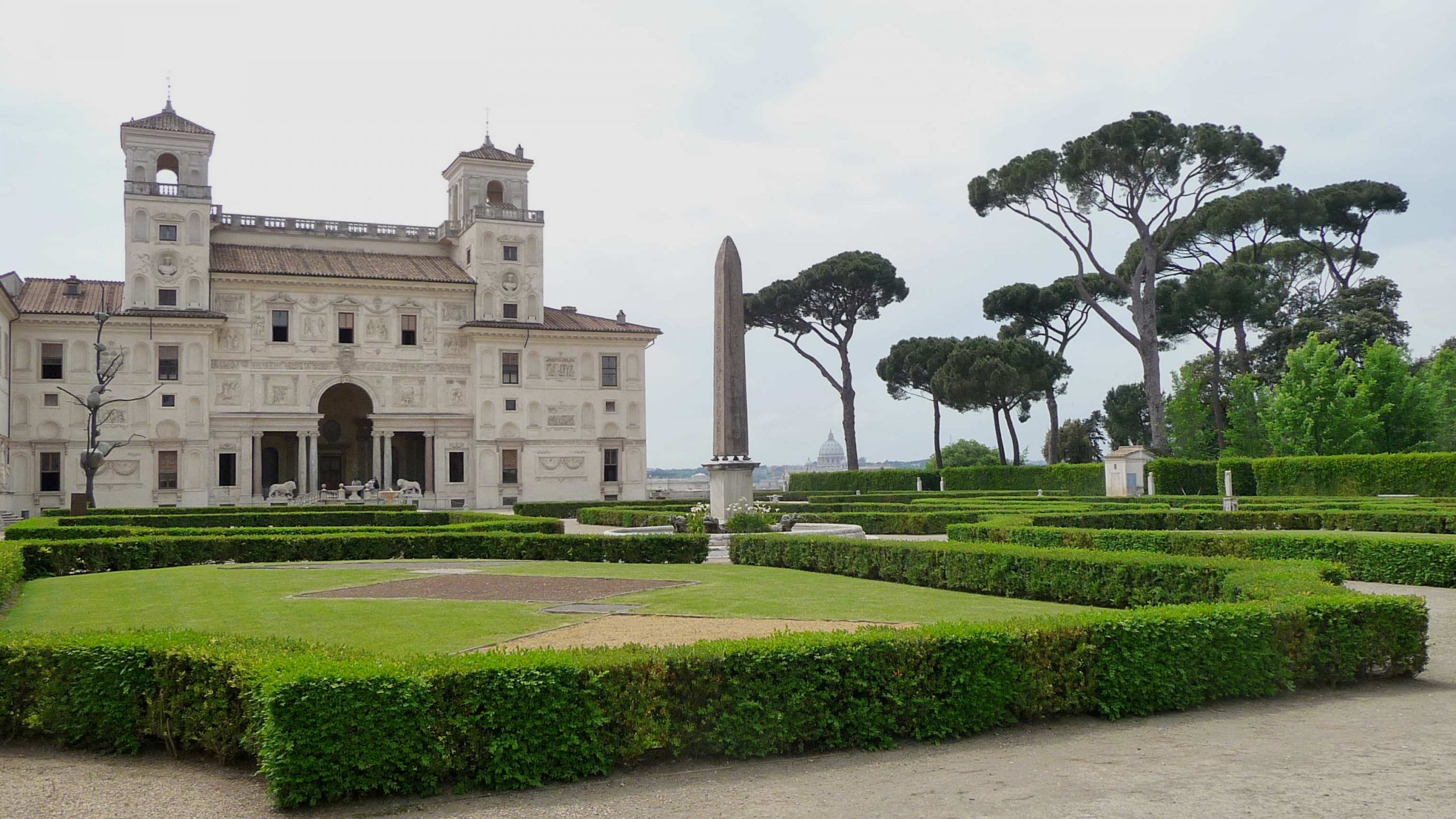 A unique view of Rome

On the Pinciohill, at the highest point and in the heart of Rome, just a stone’s throw from the Spanish Steps (Piazza di Spagna) and next to Trinità dei Monti, is the imposing Villa Medici.

The villa stands on the slopes of the hill where once, at the end of the republican period (31 BC), the Roman general Lucio Lucinio Lucullo had his gardens placed (known as horti Luculliani) horti Luculliani) and built a villa. The Lucullian horti occupied the hill with a series of terraces accessible via monumental stairs. Later, the villa passed first to Valerio Asiatico and then to Messalina, the wife of Emperor Claudius. She, in order to seize the property, did not hesitate to cover Valerius Asiaticus with false accusations and forced him to commit suicide.

The estate continued to be imperial property until the time of Trajan (138 AD) and, in the third century AD, it was occupied by the patrician family of the Acili, and then of the Pinci, hence the current name of the hill. The history of Villa Medici begins in the second half of the sixteenth century when it was purchased first by Cardinal Marcello Crescenzi and then by Cardinal Ferdinando I de’ Medici, the future Grand Duke of Tuscany who, completely renovated and embellished the residence and wonderfully laid out the gardens. After the death of Ferdinando, the Medici lost interest in the villa, not so much used anymore and with high maintenance costs and so did the Asburgo-Lorena family, who inherited it. After the devastation of the Jacobin period, the villa was bought by the French government and in 1803 Napoleon wanted it to become the new seat of theAcademy of France,founded by Louis XIV in 1666, which has remained in this splendid villa ever since, to allow young French painters to study in Rome. 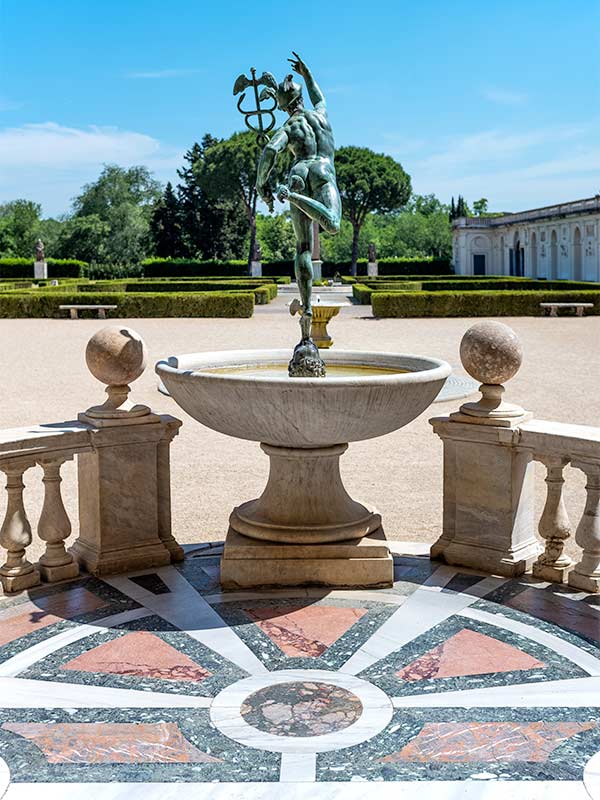 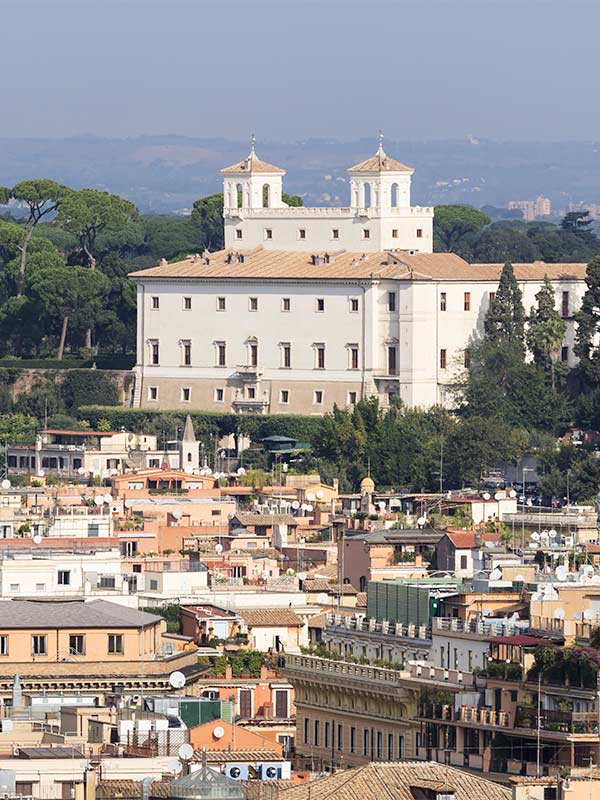 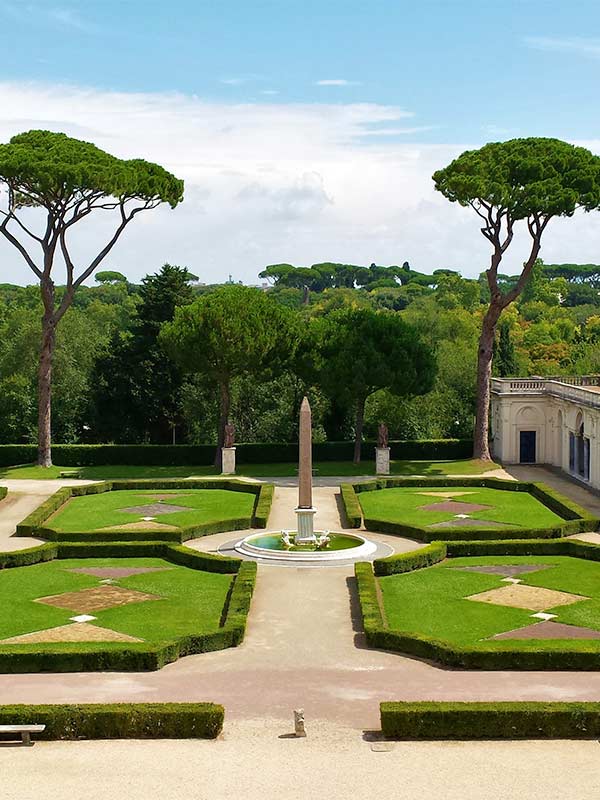 A precious setting for events
both in the elegant indoor environments

If the facade towards viale Trinità de’ Monti is severe, simple and unadorned, on the other hand the one towards the garden is vast, airy and enriched with niches, bas-reliefs, garlands and medallions, the monumental garlands of the Ara Pacis. The internal facade was in fact beautifully adorned, as can be seen today, in a museum-garden solution. In the garden, in fact, each square formed by evergreen hedges contains a special feature: there are those with the noble casts created under the direction of Balthus from the 1960s and the more recent ones that include the vegetable garden, vineyard and orchard. Stretching over more than 7 hectares, the Gardens extend on one side towards the panorama of the Eternal City, bordering on the Pincio Hill, and on the other side they lean against the Aurelian Walls. It is the last example of a Medici garden in which the original design conceived by Ferdinando de Medici around 1560 remains intact.

The villa, with its charming and exclusive spaces, is a precious setting for events both in the elegant indoor environments and in the external areas and gardens.